When assessing a country’s economy, economists traditionally rely on Gross Domestic Product (GDP) – a useful measure of how much economic activity takes place every year, but one that doesn’t tell us anything about how sustainable that activity is, what kind of wealth is being created, or what resources that country has to call on. Wealth accounting aims to fix this by measuring a country’s reserves of different kinds of ‘capital’ – physical, natural, human, social. Wealth accounts can complement GDP by giving us a more complete picture of the economy.

Of the 20 countries covered by the tracker, wealth accounting programmes were split between those with relatively advanced polices, and those with almost no progress. Countries which had created natural capital accounts scored better, given that assessing natural capital is a key step on the path towards a comprehensive picture of national wealth. There is currently a lack outstanding examples of countries using comprehensive capital accounts in policymaking, reflecting that this is a fairly new area of policy innovation. Outside of the countries tracked so far, New Zealand is arguably leading the way on wealth accounts with its Living Standards Framework (LSF).

Botswana and Costa Rica have made progress on wealth accounting through their work with World Bank’s Wealth Accounting and Valuation of Ecosystem Services (WAVES) Partnership, but this is largely limited to natural capital approaches. Countries within the European Union (EU) are now required to develop some form of natural capital accounting; with Sweden and the UK each having gone beyond EU requirements to begin to develop their own independent national wealth accounts. Canada has started to distinguish between 'tangible' and 'intangible' capital in its capital balance sheet statistics, but a comprehensive assessment of wealth has - so far - only been undertaken outside of national government by Canadian thinktanks.

Using GDP alone to understand a country’s economy is like trying to assess your personal finances using only your monthly pay check – ignoring how much you’ve saved in the bank, or the value of any assets, or personal circumstances. There are many 'beyond-GDP' approaches being trialled by researchers and governments - but for a building a green economy we need metrics that provide a comprehensive, long term picture of our economies.

Wealth accounting gives us a more complete picture by measuring things that can be as important to the economy as financial activity, but are often overlooked by conventional accounting: good public health, strong social cohesion, hubs of creative thinking and innovation, or even a stable climate.

For example, a well-educated population is a valuable asset to any nation, as are clean air and water. Using GDP alone to assess new policies might miss impacts on these resources – for example, deregulating heavy industry might boost growth, but also increase air & water pollution, resulting in higher child mortality and lower IQs. These trade-offs are in the background of all policy decisions, but wealth accounting helps bring them to the fore.

Wealth accounts are a relatively new innovation, and many governments have yet to consider making use of them at all. Some countries are in the early stages of developing accounts; some have published studies that only cover a few kinds of capital. The gold-standard would be regular publishing of comprehensive wealth accounts by an independent statistical body using some of the latest methodologies - but fully integrated into the policymaking processes.

Mandate development of a comprehensive national wealth framework that takes all types of capitals - human, social, natural, financial/physical - into account. 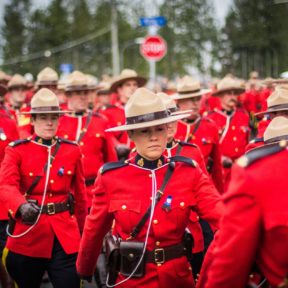 Statistics Canada takes a conventional approach to assessing Canada’s national balance sheet, but supplements this by including environmental resources and some intangible capitals in their national assessment. It has been left to organisations outside the government to use this data to devise Canadian wealth accounts – such as the IISD’s Comprehensive Wealth in Canada 2018 report. This builds on UN and World Bank inclusive wealth methodologies to measure produced, natural, human, financial and social capital. Given that Statistics Canada already measures many of the relevant components, the IISD report recommends that measurement of comprehensive wealth should be brought inside Statistics Canada and made an official complement of regular GDP reporting by the federal government.