Governments can influence the economy in lots of different ways, but two types of policy are particularly important: fiscal policies which govern taxes and government spending, and monetary policies which set interest rates and manage inflation. Green Fiscal and Monetary Policy, therefore, is crucial for creating a greener economy.

Most countries covered by the tracker have not performed well in developing an integrated and comprehensive approach to greening their fiscal and monetary policies. There are no outstanding performers - though many have concentrated initial effort on fiscal policies; for example phasing out fossil fuel subsidies, introducing pollution taxes, or boosting green spending. Monetary approaches are much less common. Some developed economies have taken cautious first steps, but the most innovative approaches are being pioneered in emerging economies with more pro-active central banks.

India has made use of fiscal and monetary reforms as part of its green agenda, though starting from a very weak policy baseline. Green subsidy reform has been launched in certain sectors with particularly large footprints, and a green priority lending scheme is in place to support green sectors. Brazil, by contrast, has seen some initial innovation on sustainable finance practices, climate transparency, and green bond issuance by the Banco Central do Brasil (BCB) and banking federation Febraban stymied by a deeply unsupportive federal government. Low ambition on green fiscal policy and enforcement is seeing policy ambition go backwards.

For Green fiscal and monetary policy, the first step is to ensure that existing policies are not actively encouraging unsustainable economic activity – for example, government subsidies for fossil fuels. Beyond this, specifically “green” policies, such as pollution taxes or government investment in electric vehicles, can support businesses, investments and innovation along sustainable lines. The right governance structures for reviewing policies and recommending changes can be as important as the policies themselves.

The potential of fiscal and monetary policies for supporting a green economy are considerable. As always however, different national contexts means there are few silver bullets. Generally, the best approaches will involve commissioning systemic reviews of existing policy, independently monitored, with comprehensive reforms recommended across all sectors; this is the “green new deal” approach. Weaker approaches might have less stringent governance, or focus on just public procurement or certain kinds of monetary tools, such as green bonds. The worst-performing governments have not yet attempted to reconcile fiscal and monetary policy with green economy objectives, and often have existing policies that contradict green objectives.

Propose fiscal and monetary reforms that will minimise environmental systemic risk, based on sustainability reviews of government budgets, spending and monetary policy. 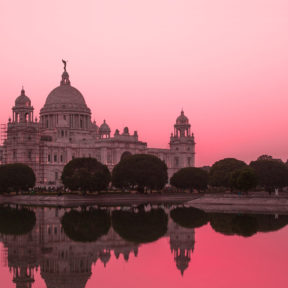 India’s innovative Perform, Achieve, Trade (PAT) scheme encourages energy intensive sectors like cement, steel and iron to become more efficient through a trading scheme, and is being expanded to include electricity distribution and railways. On the monetary side, the Reserve Bank of India’s Priority Sector Lending Programme (PSL) has deployed credit guidance to boost green investment in vulnerable sectors such as agriculture, infrastructure, education and MSMEs. Loans for energy projects and social infrastructure have been added to RBI’s priorities, though many banks continue to under-deliver credit.