Building a green economy means more than just putting up solar panels. Profound changes to how we work, live, and consume will need inclusive governance, to ensure that people are consulted and on board with change. This is particularly important for groups often excluded from decision-making, be it due to gender, social background or poverty.

National policies here are distinctly average across the board, with countries tending toward mildly consultative processes and guidance - but none taking a leading role. Almost all 20 countries surveyed have some level of civil society consultation or guidance on corporate governance, but the effectiveness and impact of these procedures is often unclear - especially in countries lacking strong public institutions. Disappointingly few of the 20 countries have prioritised a strongly gender inclusive approach to public policy-making, or made much progress in promoting inclusive corporate governance – including around gender.

Sweden stands out as amongst the most progressive countries in terms of overall governance, with mandatory consultation of new policies, and a gender-integrated approach to governance - though France and Portugal are similarly strong. Meanwhile, the United Arab Emirates is an exception in scoring very poorly owing to its limited democratic institutions, repression of civil society, and restrictive policies around gender and the role of women. The resulting civic vacuum has lead to the emergence of business consultation bodies playing a growing role in shaping green economy policy, though with clear deficiencies for inclusion.

Building a green economy means more than just investing in solar panels or recycling of plastic. The systemic changes that are needed in how people live and work mean inclusive processes for involving people in the design of policy are essential - if sometimes difficult. This just as true for governance in the private sector as it is for public actors and national or local government.

The weakest approaches to inclusive governance do not consider the need for interaction with civil society or private sector actors at all, giving little thought to inclusive processes. The role of private sector governance is also often neglected, though it can be just as important as national or local consultation for securing support and consent for reform. Ignoring processes for inclusive public or private governance can be a recipe for policy failure and even mass protest and civil disobedience.

More progressive governments consult with civil society groups and give some thought to encouraging the participation of women and marginalised groups. The most inclusive approaches mandate comprehensive consultation that has a real impact on policies, overseen by strong and independent institutions, though this will vary hugely from country to country.

In the private sector, countries may start with providing minimal guidance for employee consultation. More radically governance might come in the form of mandatory representation for workers on company boards, or gender inclusive policies that support women to be able to take up leadership roles.

Champion inclusive and gender-aware governance for corporate and public sector, including consultation and employee involvement in decision making. 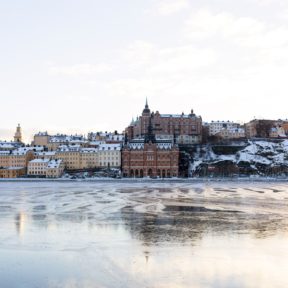 Inclusive governance is a priority for Sweden, and this is well reflected in its sustainable development and green economy policies. Mandatory consultation for all legislation is open to civil society groups, NGOs, and independent public agencies. The 2015 joint commitments to strengthen dialogue and collaboration in the area of development cooperation is a good example of this approach, based upon the principles of dialogue, inclusiveness, openness and transparency. Private sector governance also reflects strong norms of worker involvement, with a single-tier board including employees for all but the smallest companies (less than 25 workers). Gender inclusion has been mainstreamed across Swedish public life, reducing the percieved need for statutory requirements for including women in corporate governance and consultation; though this attitude is beginning to see Sweden superceded by peers.